Is the COVID-19 Crisis Creating Space for Technology in the Aid of Lawyers and Judiciary?

The functioning of courts and thereby the services of lawyers have been severely affected in the world as social distancing has become the new normal in the fight against the COVID-19 Pandemic. While the world continues to struggle in order to find a possible way out of this crisis, the legal fraternity is brainstorming about the adaptability in this new world order.

Irrespective of the gravity of a crisis, the brethren of the learned profession of law have always batted for keeping the justice delivery mechanism alive and well. In view of the suspension of an independent and fundamental wing of the State i.e., the judiciary, many seem to have accepted the reality and imposed their faith in the complete executive rule that has taken control. However, many are under great discomfort to entrust the total state of affairs in the executive control without the functioning of the institution whose job is to maintain the checks and balances in the exercise of power by the executive, thereby ensuring that the doors to the temples of justice are not shut for the common man.

It cannot be more stressed upon that it is imperative for nations to keep the wheels of justice rolling and uphold the rule of law. Legal disputes and conflicts are undeniably a part of daily life, and if they remain unsettled for a long time, they are bound to transpire into violence; which in turn is antithesis to the civilized world. Henceforth, to create a world of harmony where justice is made available to all, without jeopardizing the efforts of the front-line warriors in healthcare, as well as all the efforts and precautionary measures the world is taking, technology seems to provide a viable answer.

In retrospect, the adaptability of technology into the judiciary has always been met with some resistance because of the largely conventional outlook and attitude of the pupils in the justice delivery system comprising lawyers and judges. Yet, desperate times call for desperate measures. It is particularly difficult for lawyers because the nature of their profession is labour intensive. There is little doubting that Nassim Nicholas Taleb aptly argues in his highly acclaimed book, The Black Swan, that lawyers need to perform every day to get paid and truly succeed, unlike other professionals like authors, filmmakers etc.

It is not just the lawyers that need to adopt and resort to technology for their profession, rather there needs to be a two-pronged approach for a fully functional justice delivery system in these difficult times. Courts are the other side of the coin called justice delivery. For the reasons as aforementioned, judicial institutions must swiftly move towards online justice delivery mechanisms. From countries such as the UAE and India, the judiciary is adopting the online mode of conducting hearings and trials which is proving to be successful. While these hearings are mostly personal in nature, wherein only the judges hearing the matters and lawyers representing the parties are present, common law principles like open and transparent hearing for the public may be compromised. Countries such as the US, UK and the EU are already broadcasting and live streaming the cases of national importance. Also bearing in mind the avalanche of suits and litigation, and the possibility of overcrowding hovering over the courts once they open, countries like China are encouraging the use of Alternate Dispute Resolution as an effective method to tackle flooding of litigation before the courts due to the unprecedented shutdown.

Besides digitization, discussions in the academic circles are abuzz that during times where social distancing is the norm and the legal systems are already welcoming technology in their functioning; the machine-driven future, wherein the capabilities of the overburdened judiciary are enhanced, may arrive sooner than expected. Digitization is only the first step in the path towards Artificial Intelligence and the further advancement of technology. It needs to be taken into account that the stakeholders of the legal industry have so far been apprehensive towards the use of technology as well, as the possible progress of this may lead to technological machinery may eventually replace some jobs. However, once the records of courts become completely digitized, Artificial Intelligence may only assist the lawyers and judges in better research and understanding of legal positions, due to the nature of the profession requiring human interaction, where rationale and emotions interplay.

Utilizing Artificial Intelligence or complex algorithms, especially in American courts in the form of Correctional Offender Management Profiling for Alternative Sanctions (COMPAS) to sentence the criminals is already under criticism because of its inherent shortcomings in predicting human behaviour on the basis of past judgments. It would therefore be safe to state that, machines and Artificial Intelligence would not be able to replace the legal professionals and judges in totality, due to the obvious intrinsic dependency and interconnection between law and society. It may however, assist with finding the binding judicial precedents, clarifying the precise position of law on various issues, apart from condensing the voluminous records of facts and evidentiary statements, and summarizing case history.

Thus, the use of Artificial Intelligence must not intend or attempt to replace human judgement, but simply serve as a tool in order to aid judges to obtain relevant and precise information from large amounts of data spread over voluminous records, while absent of any bias or recommendations. For law to constantly evolve and to remain dynamic, the societal temper and contemporary social standards need to be understood, which can only be done by a trained judicial mind. It is undoubtedly the humane perspective that is absent in machines, which can meaningfully give effect to the legal principle that, ‘justice must not only be done, it should also be manifestly and undoubtedly seen to be done.’

Business Interruption Insurance In light of the COVID-19 Pandemic

What our clients say

Ready To Start the Process

At Al-Naqeeb & Partners, we dedicate ourselves to providing the highest quality legal services with integrity, professionalism, and efficiency. We have a substantial track record in providing our clients with a network of innovative legal solutions, excellent representation, and a wide range of quality services. 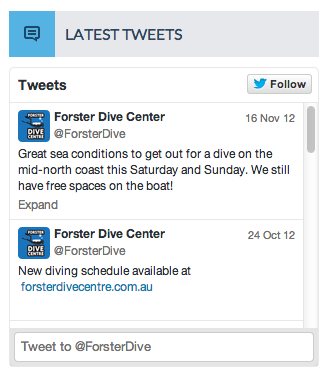